An Ocean of Debt.

An Ocean of Debt.

My dad passed away five years ago and was one of the smartest and most thoughtful people I ever met.  He also chided me for anything I would say that sounded un-American.  He worked in the banking industry for years and was very interested in American history and our standard of living, and very optimistic about our future.  We would get into discussions about demographics and how the rest of the world inevitably would catch up with us based on several different factors. But he loved the U.S. and was always optimistic about our country except for one thing.

One of the few things that really did concern him about the United States what is the amount of debt that we were creating.  He believed that was the biggest single reason to be nervous about the future of our kids and grandkids.

When people talk about the United States debt, they usually only talk about our government’s gross debt. Below, that is the line in green and today that is about $22 trillion according to CNBC. But since the Federal Reserve had interest rates so low over the last 10 years, individuals borrowed a lot of money as well. 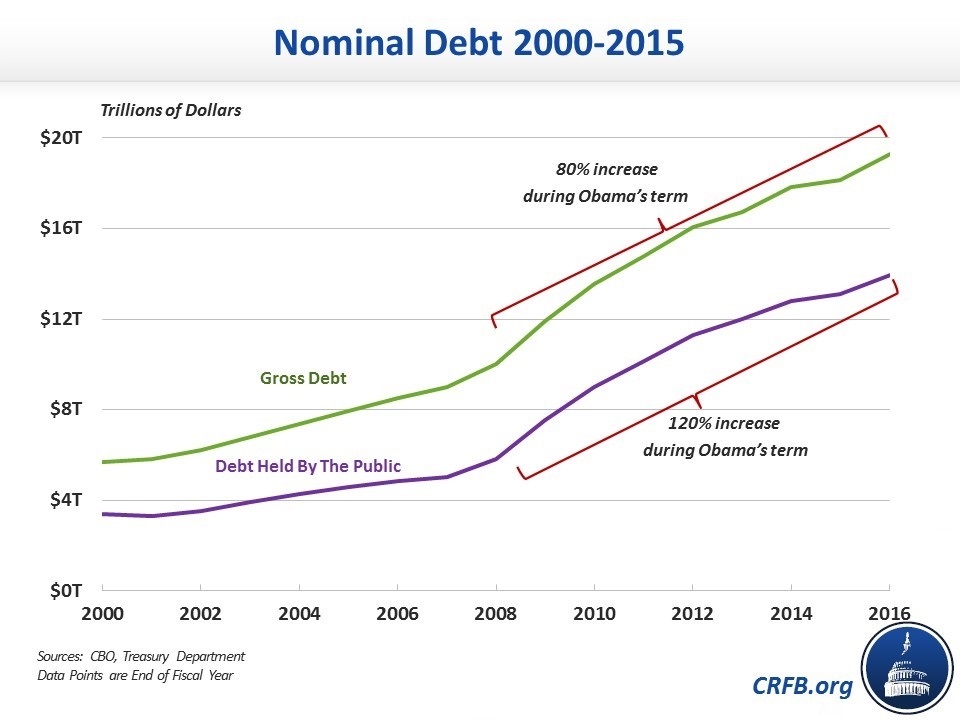 So, did corporations.  Jeffrey Gundlach is known as the bond king on Wall Street.  On January 14th, he was interviewed for a story by Jeff Cox on CNBC.com.

In the article, he warned about an ocean of debt that U.S. companies are facing as the Federal Reserve raises interest rates.  After years of U.S. companies taking advantage of low interest rates to pile up cheap debt, Wall Street is beginning to take notice of a problem forming.

Corporate debt outstanding ended 2018 at just over $9 trillion, a 64 percent increase over a decade’s time, according to the Securities Industry and Financial Markets Association. The surge came as the Federal Reserve kept its benchmark interest rate anchored near zero and allowed companies to reward shareholders, do deals and invest in their own operations.

So, our public debt is big compared to other countries…. 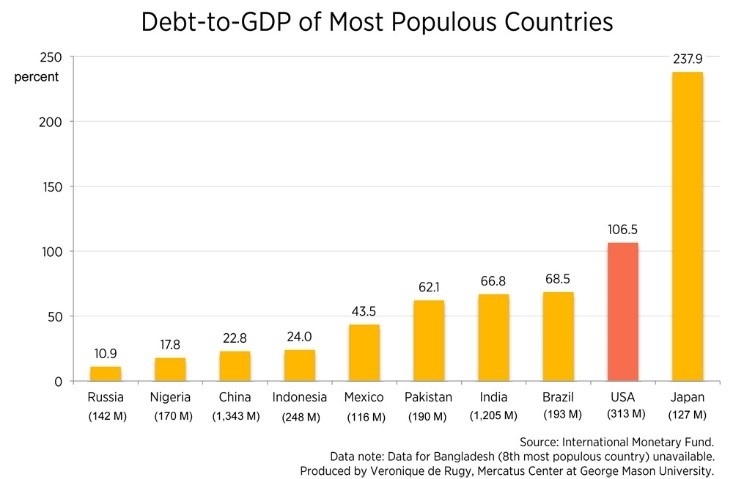 And the Federal Reserve has just started a quantitative tightening process to draw out $50 billion per month off their balance sheet. 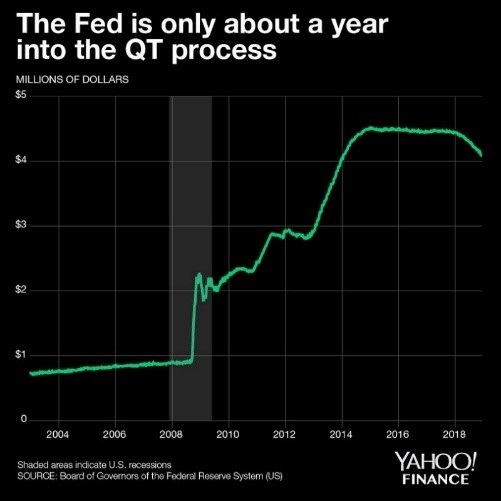 And now, we are warned that corporations and individuals will start to pay back the trillions of dollars that they have borrowed over the last number of years when the Fed had interest rates at zero.  Jeffrey Gundlach of Double Line Capital calls it an “ocean of debt” that could pose problems for the economy and hurt future generations for decades.  Ouch.

The opinions voiced in this material are for general information and are not intended to provide specific advice or recommendations for any individual. All performance referenced is historical and is no guarantee of future results. The economic forecasts set forth in this material may not develop as predicted and there can be no guarantee that strategies promoted will be successful. All investing, including stocks, involves risk including loss of principal.  Government bonds in treasury bills are guaranteed by the US government as to the timely payment of principal and interest and, if held to maturity, offer a fixed rate of return and fixed principal value.