Glad the Midterms are Over!

I am Glad the Midterms are Over!

What an ugly month October was for stocks.  Some technology stocks were down over 20%.  This was the worst month for stocks in sometime. Does the correction have to continue? Should we do anything differently?

There are two things to consider.

One, in the last newsletter, According to Jeff Hirsch of the Stock Trader’s Almanac in his October 2018 blog,

Two, The Federal Reserve can change things dramatically both good and bad.

Remember this chart from one of the earlier newsletters. This chart shows that the Federal Reserve added to our financial bubble by printing 4 ½ trillion dollars and putting it on their balance sheets. This is money that was essentially printed up by the Federal Reserve with nothing backing it, and used to buy assets like stocks, bonds and mortgages. So, the US market never had a chance to adjust down because every time it did, the Fed came in and bought billions more securities. This keeps the US markets in low volatility as the Fed keeps buying, and in addition may keep the US markets going up and may create bigger bubbles. 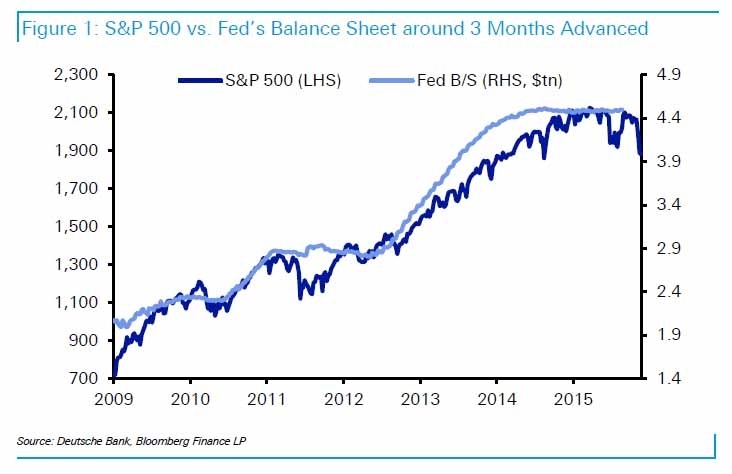 Jeff Cox at CNBC.com on June 14, 2018 wrote an article entitled, “The Fed has taken the first step toward an early exit from its balance sheet reduction.”  He wrote:

“Where once Fed officials believed the balance sheet would shrink from about $4.5 trillion to a range of $2.5 trillion to $3 trillion, the required level may be considerably higher, depending on how much in reserves the banking system will need to remain liquid. Reducing the bond holdings results in a decrease in reserves.

No central bank in the world has ever attempted a balance sheet reduction on this scale, so the skill to which the Fed can pull it off is critical.”

But look what is happening since the first of the year.  The Fed is selling their assets and taking money out of the markets. As they do this, the market can become more volatile and the stock market has gone down. 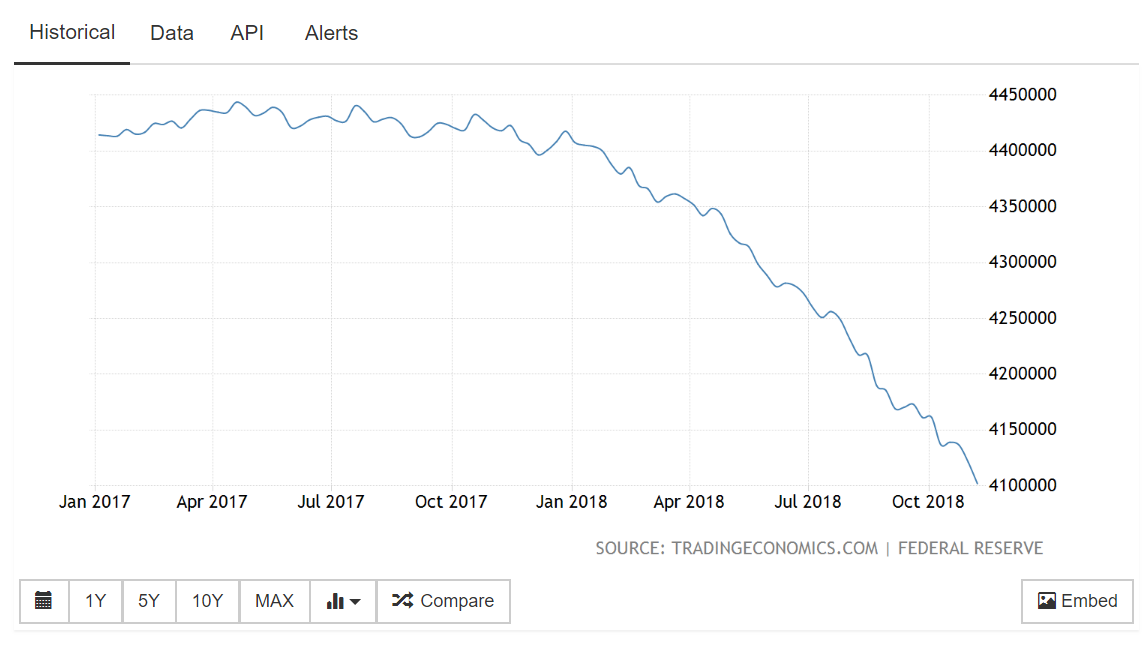 So, what should we do?  If the Federal Reserve really decides the party is over and raises rate too quick or sells their assets too quickly, then the US markets could really be hurting.  This happened in 1987, 2000, and 2007.  In those instances; the Federal Reserve went too far, and the markets went down significantly and took years to recover.  But in 1998, the Fed was aggressively raising rates and in a midterm election year. After the market had gone down significantly, the Federal Reserve decided in October to change course and they lowered the rates instead of raising them. That was a very good economy and anyone who was too nervous and got out before the Federal Reserve changed course, many missed out on huge gains over the next year.

An article was written by Heather Long in the Washington post on Jerome Powell on September 26. She said, “The Federal Reserve raised interest rates a quarter-point and officials indicated the central bank is highly likely to hike rates again in December and three more times next year, bucking President Trump’s request to hold off.”

That is something the Fed would say in 2007.  Thus, a selloff happened in October.  If they back off and say that they are going to be data dependent and that they will look at the data before raising rates, then that is what a 1998 Fed would say, and the market would rally.  We will have to wait to see who they are.

That all being said, I am very optimistic for the next five years economically, especially overseas.