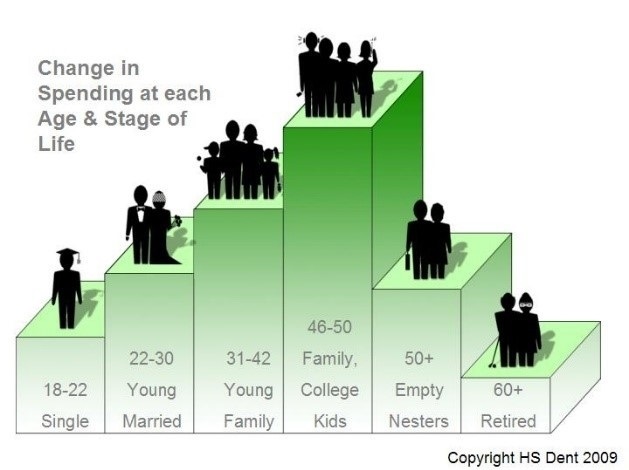 Every month, Harry Dent reminds me in his newsletter that any day now the market will go down because the number of people turning 50 is going down. He’s been wrong for number of years now because of a couple of things. The last newsletter talked about the big bubble.  The mass amounts of government stimulus, the Federal Reserve printing over $4 trillion of cash and investing in government bonds and other things, and the Federal Reserve keeping interest rates at zero allowing private individuals to borrow huge amounts of money at low interest rates are all created an investment bubble Harry Dent did not figure into his equations. 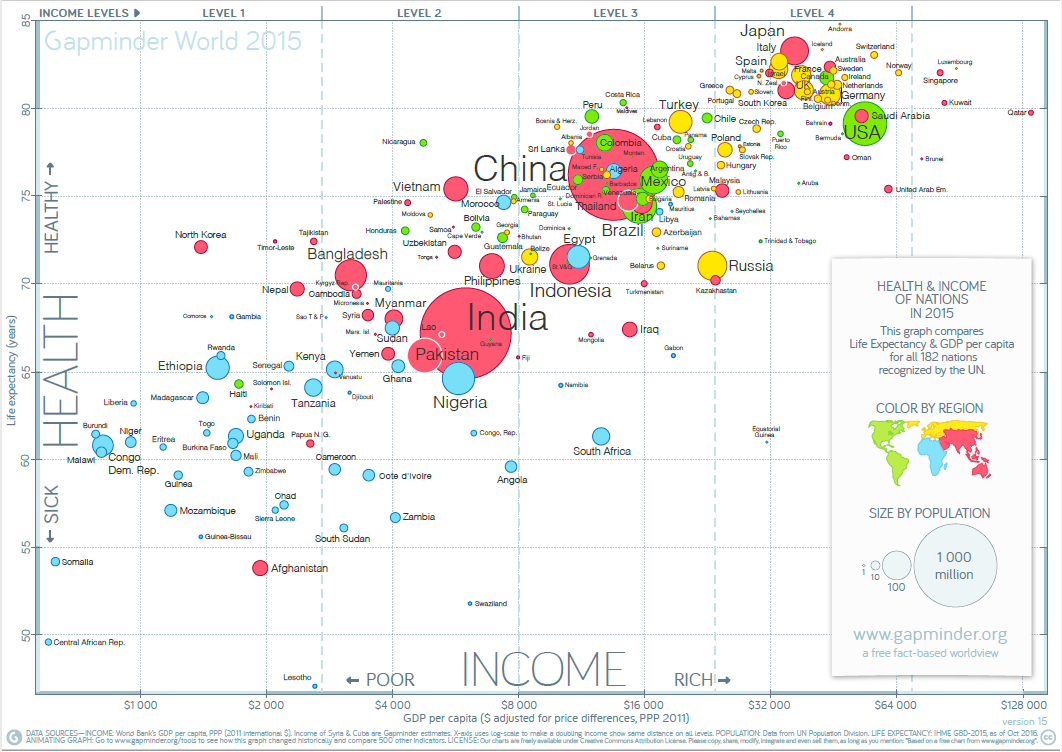 The effects of urbanization are best explained by J.P. Morgan in the graphs below.  They talk about the urbanization rate of countries around the world. The countries with the higher urbanization rates tend to have the higher income per person.  That’s because as people move to the cities their income goes up significantly. There are 7 billion people in the world and roughly 4,000,000,000 of them live in Asia.  Look at all the new middle-income people that will be created from this region alone that will be happening in just the next 12 years! 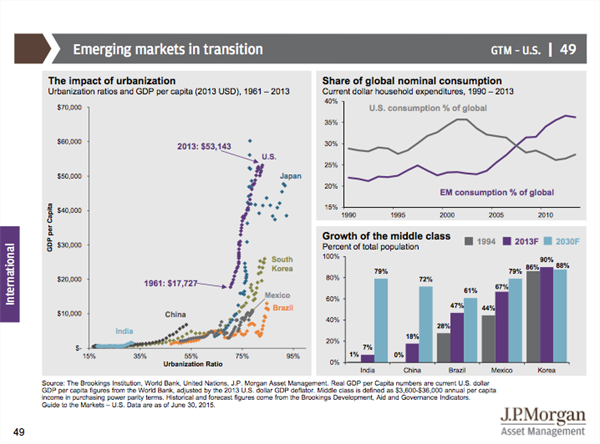