Where is the Growth Coming from in the Next Ten Years?

Where is the Growth Coming from in the Next Ten Years?

Bloomberg had an interesting article on the world economy that was very encouraging.  This was a January 8 article entitled, “These Could be the World’s Biggest Economies by 2030,” by Enda Curran.

Of course, this is what I’ve been saying it follows exactly with what the demographic argument is. This follows what Hans Rosling says in his demographic models as well.  It seems undeniable where the growth rates will come over the next 10 years. 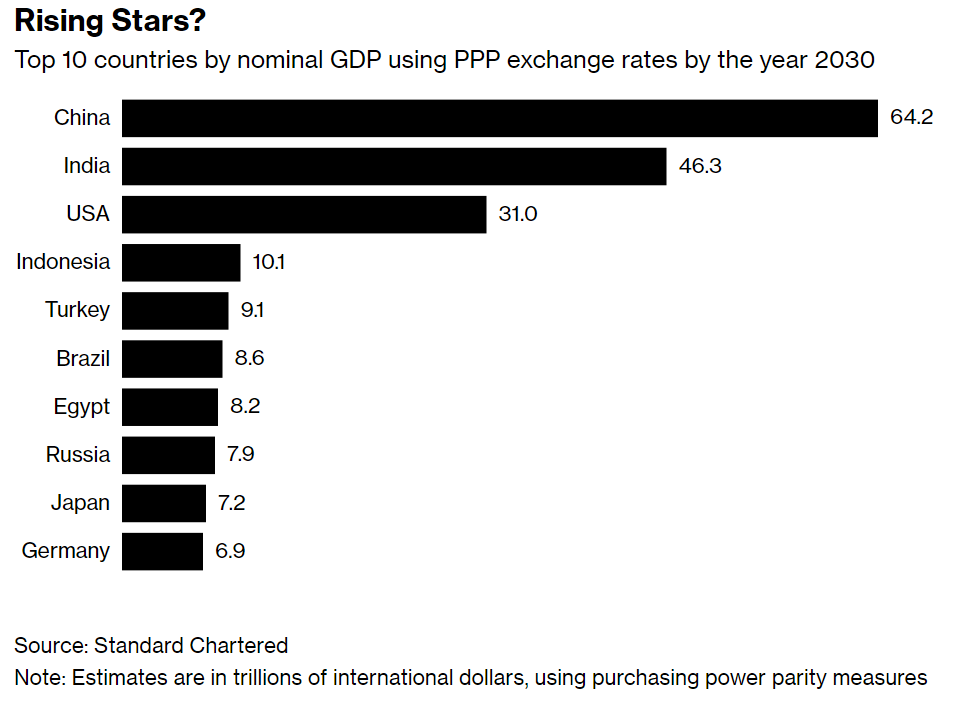 The Bloomberg article says, “Seven of the world’s top 10 economies by 2030 will likely be current emerging markets.

The prediction for a shake-up of the world’s gross domestic product rankings comes in new long-term forecasts by Standard Chartered Plc, which includes a projection for China to become the largest economy by 2020, using purchasing power parity exchange rates and nominal GDP.

India will likely be larger than the U.S. in the same time period while Indonesia will break into the top 5 economies.”

"Our long-term growth forecasts are underpinned by one key principle: countries’ share of world GDP should eventually converge with their share of the world’s population, driven by the convergence of per-capita GDP between advanced and emerging economies," Standard Chartered economists led by David Mann wrote in a note.

They project trend growth for India to accelerate to 7.8 percent by the 2020s while China’s will moderate to 5 percent by 2030 reflecting a natural slowdown given the economy’s size.

This also fits right in line with Asia’s Belt and Road initiative. For anyone who thinks that China is going to revert to a hardline communism, look at the graph below. Asia is putting trillions of dollars into new trade routes with Europe and Africa and the rest of Asia.

“The Belt and Road Initiative (BRI) is an ambitious effort to improve regional cooperation and connectivity on a trans-continental scale. The initiative aims to strengthen infrastructure, trade, and investment links between China and some 65 other countries that account collectively for over 30 percent of global GDP, 62 percent of population, and 75 percent of known energy reserves.” 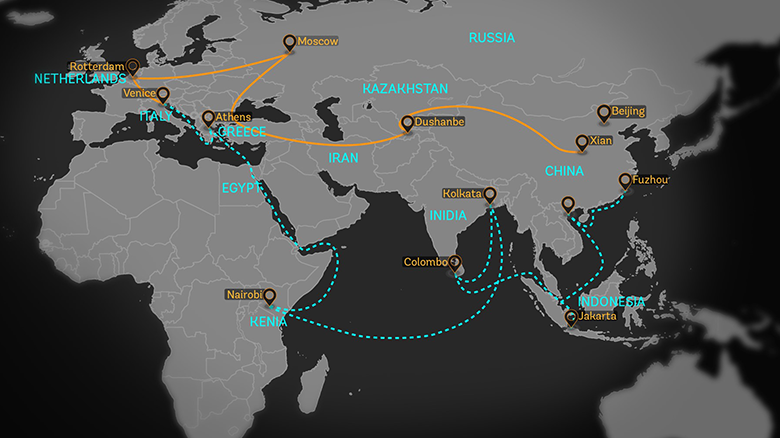 From the World Bank

According to Bloomberg, China has already outspent the post-World War II US Marshal plan, measured in today’s dollars. Within a decade, according to Morgan Stanley is estimates, China and its local partners will spend as much is $1.3 trillion on railways, roads, ports and power grids.  “Economic clout is diplomacy by other means,” says Nadege Rolland, Washington based senior fellow for political and security affairs at the National Bureau of Asian Research. “It’s not for today. It’s for the mid-21st century China.”